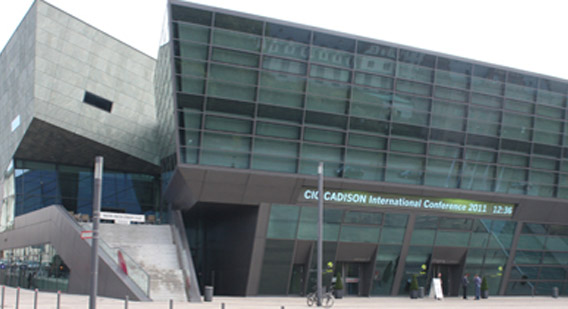 Nearly 70 companies with 130 participants from 10 countries - the longest journey was from Indonesia – got together at the CIC 2011 to share their experiences & great interest in CADISON and the worldwide distribution!

The theme for the first and second day was "CADISON best practice," and “strategies and new developments” respectively. Customers reported live on their experiences with CADISON.

The second day started with a strategic presentation from the ITF management-board about the worldwide expansion strategy, followed by a keynote from Prof. Dr. Schembecker about “Efficiently Planning Processes through Modularization”. Here the audience could follow new ideas, but also practicable and practice-oriented rules, to fasten the plant developing process.

This was followed by introductions of the new managing director Mr Ajit Joshi along with the Executive Management Team consisting of Michael Brückner, Sebastian Dörr, Stefan Kraus, Ralf Lehmann and Boris Mebarek.

Customers shared their experiences about their successful projects with CADISON in between sessions, and their savings in terms of both time and cost.

The technical keynote was overwritten with "CADISON goes distributed" Customers do not want to believe what they saw live: CADISON – installed in the Citrix Data Center in Munich - has been served over the internet as fast as on the local workstation! Citrix is the solution for distributed work with CADISON!

At the end of the conference our customers met the product management and discussed development ideas and wishes for the future.